In 2010, New York Magazine voted Sunnyside third out of a total of sixty areas for the best places to live in NYC. With its close proximity to the City (about 15 minutes by train), good schools, quiet neighborhoods and its affordability factor – it’s easy to see why more people are choosing to live here. The streets are lined with pre-war apartment buildings and brick houses. The Sunnyside Gardens area homes beautiful common green areas greatly enjoyed in the warmer seasons. While families have come and gone, it can be seen that tradition still holds strong in the Sunny side area. Sunnyside Gardens homes unaltered two and three story houses on blocks still retaining their original names and the new numbered street signs assigned to them after Queens officially became part of New York City. Residents and visitors can take the No. 7 train from either of Sunnyside’s stations. It takes about 15 minutes to get to New York City’s Grand Central Terminal and the planned Long Island Rail Road’s East Side Access Project will create a nonstop commute from Sunnyside to Midtown.

Deemed the “Utopia of Diversity” by a majority of its inhabitants, Jackson Heights homes a wide range of ethnicities and cultures. In 1993 The New York City Landmarks Preservation Commission designated much of Jackson Heights as a historic district, driving up property values. The area is family friendly, you will frequently see children on bikes and parents strolling by pushing baby carriages. Real estate offers pre-war co-op buildings and attached private homes. Many of the Co-op complexes surround private gardens giving Jackson Heights the best of both worlds. The excitement and diversity of a city and the quaint neighborhood feel of a rural community without the exasperated price points found in Manhattan or areas on Long Island. Jackson Heights is 5 miles outside of Manhattan serviced by the E, F, V, G and R trains, running underground, and the elevated Flushing Line No. 7. You can also take the public bus to LaGuardia Airport and Pennsylvania Station. The E subway has connecting service to Kennedy International Airport.

Woodside is a neighborhood in the western portion of Queens. It is bordered on the south by Maspeth, on the north by Astoria, on the west by Sunnyside and on the east by Elmhurst and Jackson Heights. Some areas are widely residential and very quiet, while others are more urban. The average household has one of more child but, in Woodside it is more affordable for multiple bedroom dwellings unlike Manhattan. The Woodside neighborhood is filled with many cultural restaurants and pubs. It is also home to some of the city’s most popular Thai, Filipino, Colombian, and Ecuadorian eateries. The main commercial district is along Roosevelt Avenue, under intersecting elevated tracks, where commuter-oriented businesses like pizza places and newsstands mixed with restaurants serve the varied ethnic groups. The elevated station at 61st Street and Roosevelt Avenue has an express No. 7 train that can reach Midtown in 20 minutes or less. There is also a link to the Long Island Rail Road, accessing the system’s Port Washington line. Farther north, the R and V trains along Broadway, stop at Northern Boulevard and 65th Street. The proximity to three subway lines, the Long Island Rail Road and several major roads is a main selling point in Woodside.

Flushing, founded in 1644, is a neighborhood in the north central part of the City of New York borough of Queens, 10 miles east of Manhattan. Flushing is broken down into a few main areas, Broadway – Flushing (North Flushing) and Waldheim. Broadway-Flushing is a residential area with many large homes. Part of this area has been designated a State and Federal historic district due to the elegant, park-like character of the neighborhood. The Waldheim neighborhood, constructed primarily between 1875 and 1925, is a small district of high quality “in-town” suburban architecture that preservationists have tried to save for at least twenty-five years. Waldheim, known for its large homes of varying architectural styles, laid out in an unusual street pattern. Today, Waldheim stretches between Sanford and Franklin Avenues on the north, 45th Avenue on the south, Bowne Street on the west and Parsons Boulevard on the east. The area is immediately southeast of the downtown Flushing commercial core, and adjacent to the Kissena Park, East Flushing and below Kissena park is South Flushing neighborhoods.

Kew Gardens is a triangular-shaped neighborhood in central Queens bounded to the north by the Jackie Robinson Parkway, to the east by Van Wyck Expressway and 131st Street, to the south by Hillside Avenue, and to the west by Park Lane, Abingdon Road and 118th Street. This 320-acre area of about 25,000 people is mostly residential. Forest Park and the neighborhood of Forest Hills and Forest Hills Gardens lie west of the neighborhood. The neighborhood is accessible thanks to its surrounding expressways and the Union Turnpike-Kew Gardens subway station. The commute on the E or F train to Midtown Manhattan is easy and convenient – only about thirty minutes. Kew Gardens has as small town feel with a city appeal. The business zone runs along Lefferts Boulevard, around the corner from Austin Street: the movie theater, some stores and restaurants, a bagel shop and the Long Island Rail Road station. The express subway stop is to the north, on Queens Boulevard next to Borough Hall and the county courthouse; a few businesses nearby serve that area. From the Long Island Rail Road station, it can take as little as 17 minutes to reach Pennsylvania Station. There is also an express subway station on the E and F lines, and the Grand Central Parkway and Van Wyck Expressway are nearby.

Many describe Forest Hills as a suburb in a city. A diverse community located in central Queens, Forest Hills is an upscale, tranquil, clean neighborhood in the backyard of Manhattan. One of the biggest advantages of living in Forest Hills is the access to various means of transportation. Forest Hills is five subway stops and a world away from Manhattan. Besides a few high-rises here and there, the skyline is low and the houses are detached. Curved streets and Tudor-style buildings cover the neighborhood’s midsection, which is taken up by a planned community named Forest Hills Gardens. The commercial streets are modest and the community is family-oriented — a neighborhood best known as a place to settle with your family. The neighborhood has three parts. The most distinctive is Forest Hills Gardens, a planned community of Tudor- and Victorian-style homes and small apartment buildings with 6,000 residents. North of the expansive Queens Boulevard are streets of low- and midrise condo and co-op buildings that give way to suburban-style stretches of detached homes. Toward the south and west ends of the neighborhood are newer single-family detached homes, many of them recent replacements of teardowns. The neighborhood’s two main commercial streets are Metropolitan Avenue and Austin Street. Austin street is known to be trendier housing brands such as Gap and Banana Republic while Metropolitan Avenue is home to antiques shops and longtime restaurants. 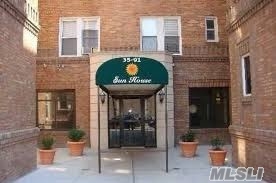